You are here: Home / Our Blog / General News / Who was Mr R Hodge? Introducing the Biggleston Collection Project

My name is Inge Bratley. I moved from Gwithian to Hayle 6 years ago and only since then have became aware of Hayle’s fascinating industrial history which captivated me and made me want to know more. So I started volunteering at the Heritage Centre in January of this year. One of the things I enjoy most about volunteering here is the opportunity we have for working on a wide range of projects and so I was thrilled when I had the chance to work on the Biggleston Collection Project.

The Biggleston Collection is a collection of documents that had spent the last 122 years on their original spikes in the eaves of “Biggleston’s”, a well known and loved ironmongers in Hayle which finally closed in 2012, when the last owners retired.

At the end of last year the Heritage Centre was awarded a grant to bring the collection back to life. Looking into the boxes full of dusty, possibly mouldy, even sooty looking documents, with creases and tears, nibbled at by paper-loving insects, it was clear we needed a lot of help. And so in January the volunteers took part in a training day run by PZ Conservation C.I.C, Penzance. Keira, from PZ Conservation, was a fantastic teacher.

We were introduced to “magic ingredients” and tools of the trade like the smoke sponge, which gently rubs off dust and dirt, Japanese tissue and wheat starch used to repair tears and cuts, and the water pen for flattening creases. Each item receives a temporary consecutive number and after it has been through the cleaning, repairing and flattening process is put into archival-standard acetate wallets kept in files.

Like my fellow volunteers, I found the whole process fascinating and the result very satisfying. I have been working on the collection ever since.

It is an extraordinary feeling to hold in your hand a fragile 122 year old piece of paper, an order form by Hosken, Trevithick, Polkinhorn  & Co. (originally a milling firm) written in 1895 by Mr. Broach to Mr. R. Hodge.

Mr. Hodge built the original ironmongers shop in 1894 after the people of Hayle were finally allowed to build shops in their front gardens along Penpol Terrace. Previous to that the workers of Harvey’s were paid in tokens which they could only use at Harvey’s Emporium (now Barclays Bank).

Intrigued, I carried out some further research and discovered that Richard Hodge and his wife Mary were born in St. Ives and the 1891 census also confirms that he was an ironmonger and  plumber and  had a son and a daughter, both pupils of Hayle Foundry School. To complete the history I found that a Mr. Biggleston worked for Mr. Hodge and when he died bought the shop which henceforth was known as “Biggleston’s”.

As we work our way through the 1200 or so documents I will share my observations, thoughts and interpretations of what I find. Please feel free to comment and contribute. 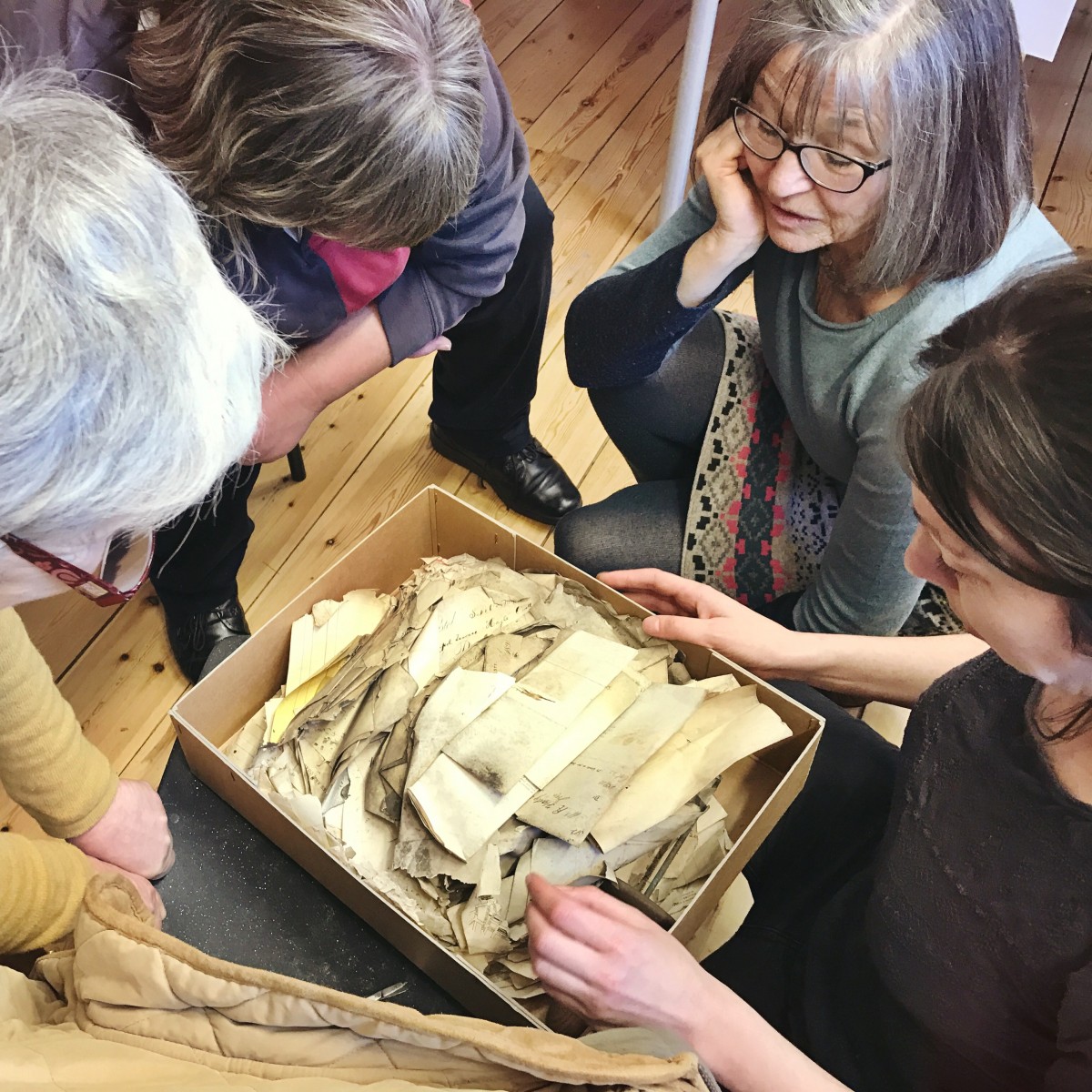