You are here: Home / About Us / History of the Trust

Harvey’s Foundry Trust is a charitable organisation based in Hayle, working hard to promote the town’s rich history.

The Trust began life in 1985, when a working group called ‘Hayle Town Trust’ was created. The group fought a proposed demolition of Harvey & Co.’s historic Hammer Mill and Ropery structures. Funds were raised and the area was cleared, landscaped and opened to the public as Millpond Gardens. 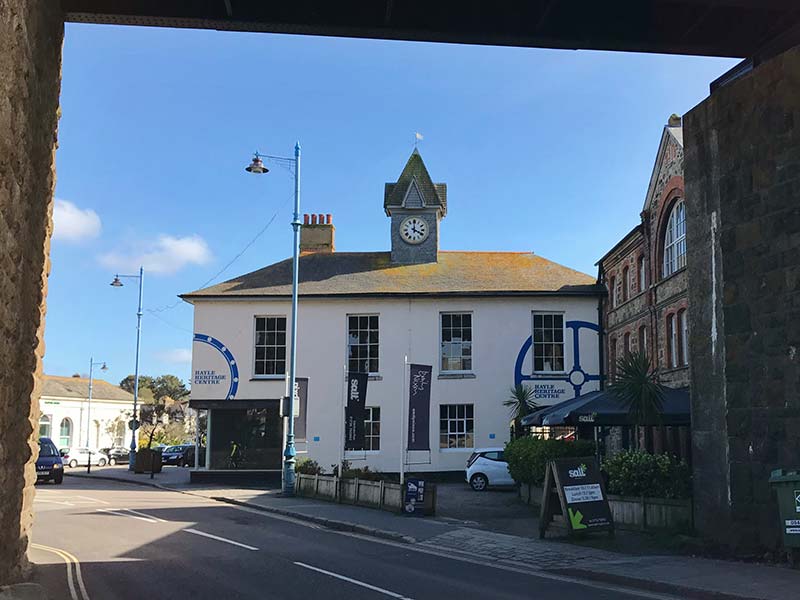 Through a phased project, The Trust has continued to restore other significant buildings around Hayle, particularly on the historic site of Harvey’s Foundry. In 2003, Phase 1 was completed, creating 8000 sq ft. of office space (Dowren House). The former company offices, the Grade II* listed John Harvey House, was also restored.

In 2007, Phase 2 was completed; Harvey & Co’s former foundry stable yard, which housed and fed the hundreds of working horses that passed through the site each day, was regenerated as Foundry Farm, creating thirteen workshops for art and craft-based businesses and three live/work units.

In 2013, The Trust fulfilled a long-standing aim by opening Hayle Heritage Centre, based at John Harvey House.

In 2019 the Trust completed its 3rd phase of the regeneration scheme, which saw two derelict Grade II listed buildings on the At Risk Register turned into attractive office units, enabling 17 new business to open in the town creating jobs for local people.

To find out more, visit the Harvey’s Foundry Trust website.

Our main heritage centre is currently closed but we are holding a temporary exhibition '24 Foundry Square', which runs until November the 27th and is open Tuesday to Saturday 11am- 4pm.