You are here: Home / Our Blog / General News / The delivery of one door knob by “bearer”: uncovering the quirks of the Biggleston Collection

Hello everyone. It’s Inge here again to bring you up to date with our progress on the Biggleston Collection. It’s been a very interesting few months getting to know Mr Hodge and the somewhat quirky objects he stocked and sold!

The vast majority of documents in the first box we were dealing with were orders issued to said Mr. Hodge, ironmonger and plumber of Penpol Terrace (see my previous post),  by Hosken, Trevithick, Polkinhorn & Co. Everybody in Hayle knows the imposing, but unfortunately rather dilapidated ruins of Loggans Mill behind LIDL. Here is a bit about the history:

The mill had been leased since 1810 by the Hosken family of Carwin Farm (next to Richard’s Farm Shop), and on the death of his father in 1827 William Hosken took over. After a fire in 1852  destroyed the mill, he rebuilt it on a much larger scale (todays ruin) and continued to expand the business.

Promptly the first order we pull out of the box for conservation is for something I am not familiar with. I will find that this will happen many more times.  It is for 1 lb Sal Ammoniac, not something any of us are using on a regular basis, I think, unless you own a soldering iron. For those who do and find it has stopped being cooperative because it has lost its shine and doesn’t easily wet to solder anymore, google “Soldering Tip Tinning with Sal Ammoniac”. And here we have the first use of it. Skip the last bit if soldering is not for you and move on to culinary uses, yes, it can be used in food, but in small amounts I hasten to add.

So the “Evil Mad Scientist” on google is telling me that Sal Ammoniac is a naturally occurring mineral composed of the salt ammonium chloride. And apparently it has lots of uses. He carries on telling me that in a sense it is just table salt (sodium chloride) with an ammonium ion (NH4) playing the role of sodium. Now this is the moment when he is in danger of losing me and probably a few of you.

My husband is an earth scientist and as I have been told before that I should not believe in everything I find on the internet I have called on his knowledge and he has just verified the above facts. Good. So briefly, remaining uses are in liquorice (popular in Northern Europe), as a crisping agent for pickles in the US (the close relative calcium chloride is used for this), and in India  ammonium chloride is also used as a crisping agent and as a spice. So there we have it. But it still leaves me wondering what HTP used it for. To shine up their soldering irons? Not for liquorice or pickles surely?

Mr. J.S. Broach is firmly in charge of ordering; his signature appears without fail on every order form. I am intrigued by the way the company handles its ordering system. There is never a long list of items. Orders are issued for one or two items as needed and handed to a bearer who would take it from Loggan’s Mill to Mr. Hodge at the other end of Hayle. How did they get there and bring the item back? By foot? Horse and cart? Donkey, bicycle? I wonder.

By 1895 the company had expanded to include varied businesses, so orders were for the mill, shipping department, engineering, grocery, bakery, flour shop, general, Loggans Farm, and a mysterious Mr. Hedley.  During January and February a string of separate orders for Mr. Hedley included:

An intriguing selection of goods.

Finding “shipping” as one of their departments makes me want to find out more. I discover that HTP owned 3 ships. It turns out that the mysterious Mr. Hedley is a two masted schooner and screw steamer acquired in 1894 with the name of “M J Hedley”. I suppose brooms are needed on board ship to sweep the decks.

HTP also bought the “Maid of Lorn”, a single mast smack and also a Clyde Puffer (I have no idea what this means) in 1896 and quickly sold it a year later,;why is not known.

The third ship was built as “Valentia” in 1890 in Dundee, but when HTP bought it in 1905 they renamed it “Cornubia”, not to be confused with (as I was initially) the “Cornubia” built by Harvey’s in 1858 and sold to be used as a blockade runner in the American Civil War.

As I work my way through the orders I come across other fascinating items:

Wonderful! One door knob and you could have it delivered to you!

I can imagine and I think this is correct, that salt came in large blocks, hence the need for a saw to cut off the quantity a customer would want. It was made from copper to stop it from corroding. But how did they stop the salt from liquifying in the damp Cornish climate?

A few repair jobs for Mr.Hodge:

Repairing a bucket? Maybe it is just the handle that’s come off. Surely not a hole?

The mention of the flour shop prompts another bit of research. There is a beautiful little building in the front garden of a house in Hayle Terrace. Apparently this was the Hosken Flour Shop, built in 1891. At 23 Hayle Terrace lived William J Clemens, Flour Shop Assistant, who may have been employed in the shop. In about 1905 the shop became a dairy. The beautiful coloured glass panels above the windows and door show farms scenes. 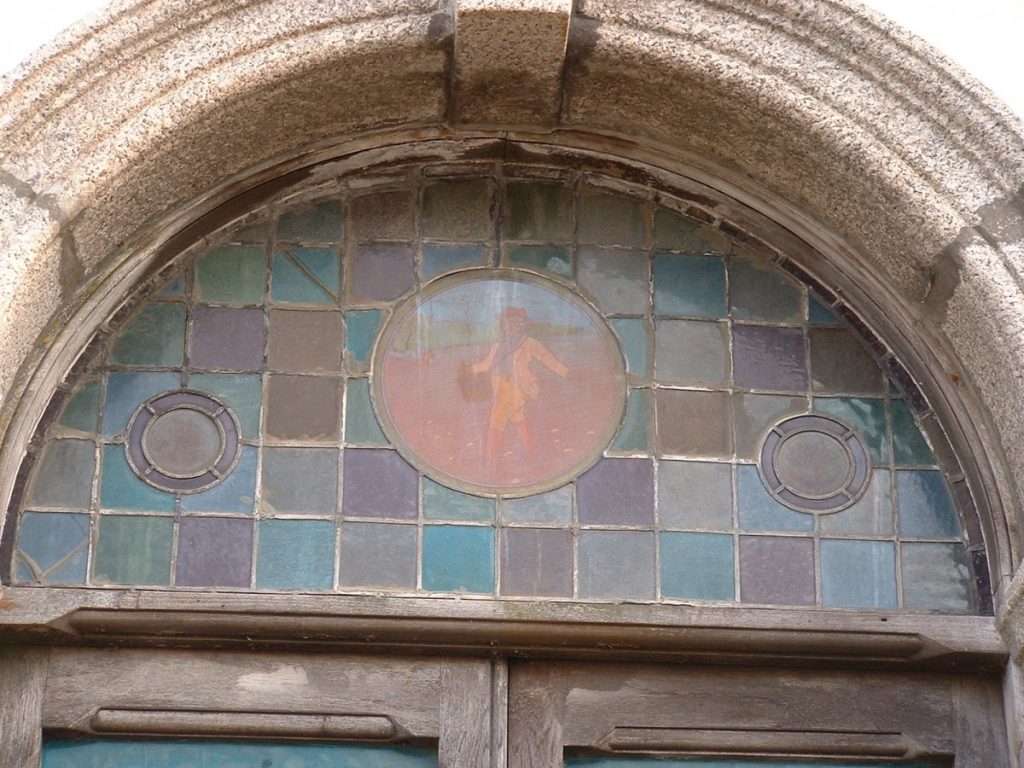 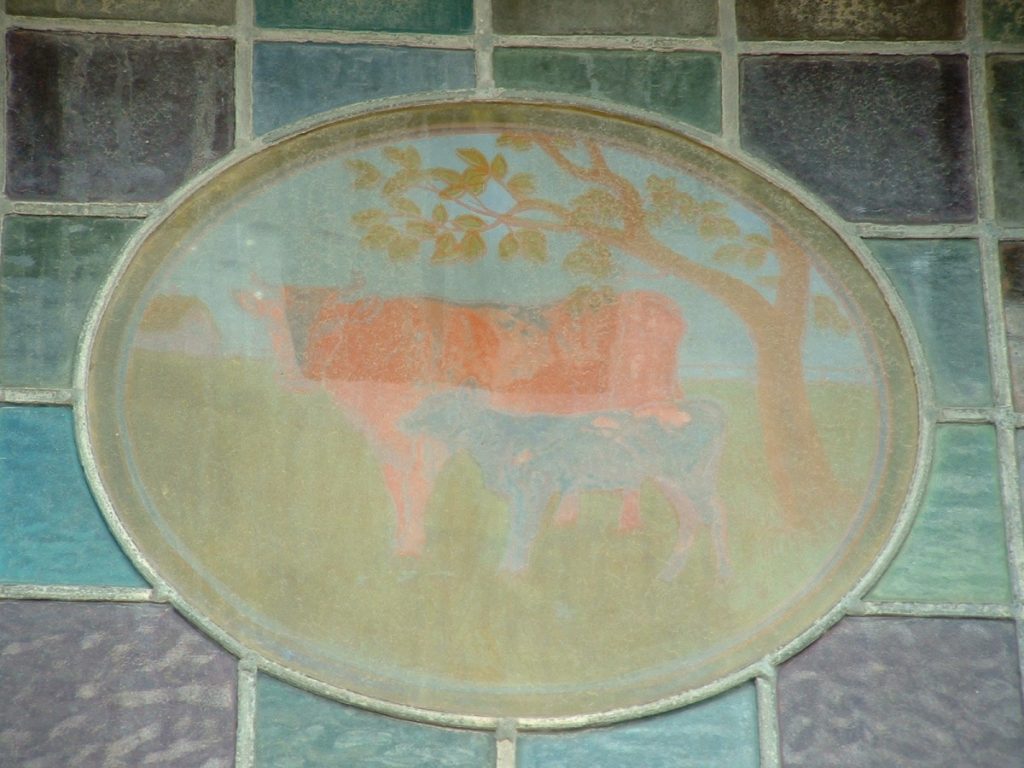 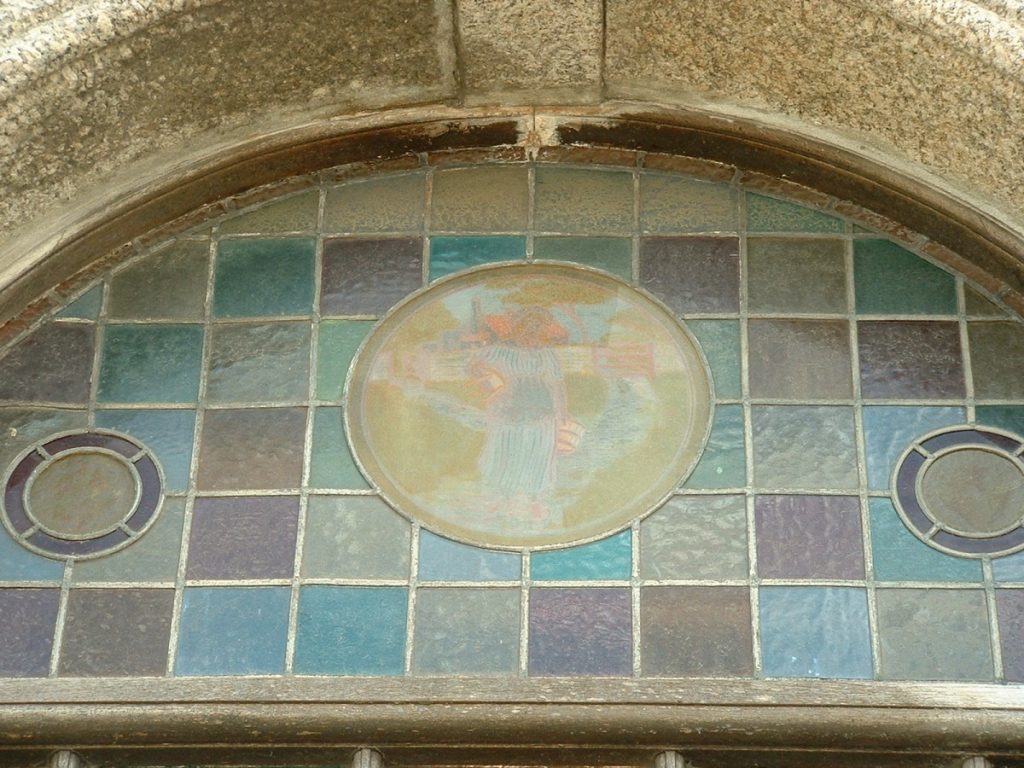 Please send us by bearer….(wait for it)….1 sheet of Emery Paper

Again, how wonderful to be able to have one sheet of emery paper delivered to you.

5th April:   The mill needs Mr. Hodge to repair a tin scoop and orders a new one as well.

On the 8th April the Mill is ordering:

Not sure what to make of this one. 4 bedsteads for the mill?

You can see why I found cleaning and conserving these orders so entertaining. It allows an insight into a world we can hardly imagine now. I can’t imagine people in those days experiencing the same level of frustration I did last night and today when trying to order and collect something from a local supermarket. Say no more.