You are here: Home / Hayle In 20 Objects / Protractor Level

Intricately crafted tool made by sixteen-year-old William Barnicoat when he joined Harvey & Co. as an apprentice in 1864. 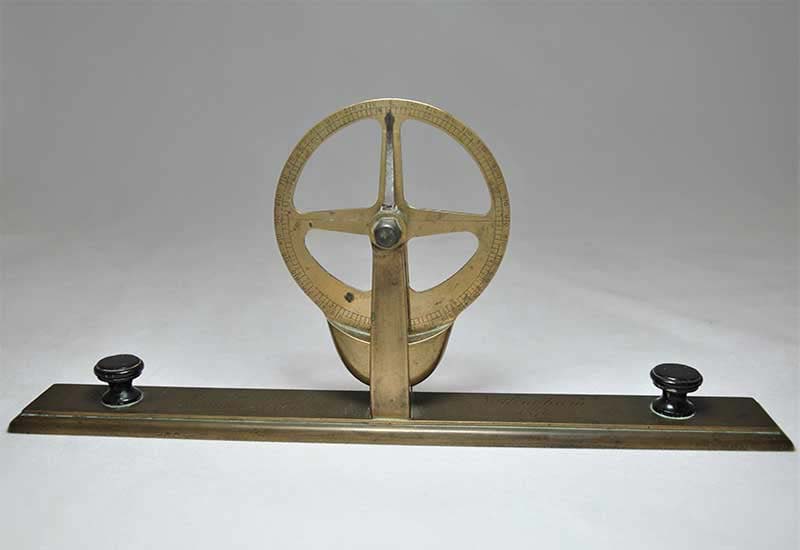 The apprenticeship lasted four years and strict criteria were laid out by the company; a contract signed by William’s father dictates:

“[…] said Apprentice shall […] serve his Masters faithfully, shall keep their secrets, keep their lawful commands […]. He shall not play at Cards or Dice tables or any other unlawful games […]. He shall not haunt taverns or playhouses nor absent himself from his said Masters service day or night.”

Part of an apprentice’s training involved making one’s own tools. This is one such tool, made by William during his time as an apprentice at Harvey’s Foundry. He was somewhat of an inventor; this is a protractor level, a precursor to a modern-day spirit level.

Records tell us that William worked at Harvey & Co. for a while but that he later moved away from Cornwall and worked around the country in various engineering capacities. William died in Northampton in 1910.