You are here: Home / Hayle In 20 Objects / Marquetry Box 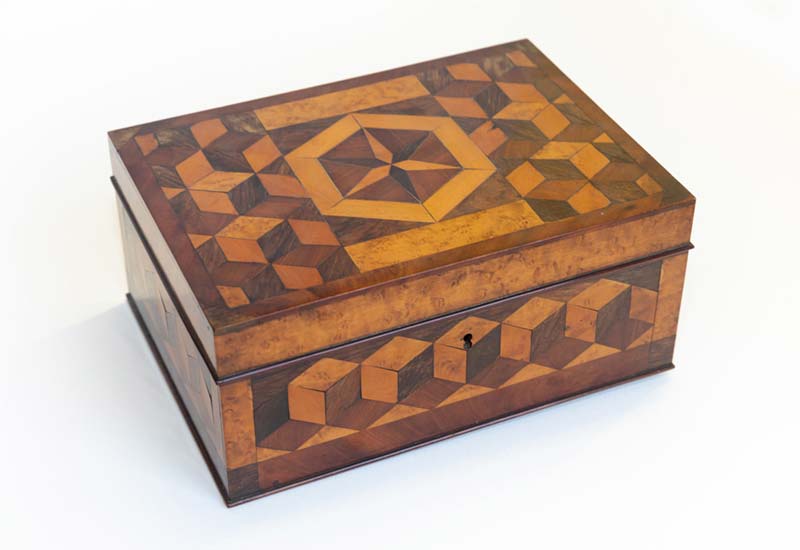 John made the box as part of his carpentry apprenticeship for Harvey & Co. of Hayle. (Though also called Harvey, John was no relation to his employer).

John crafted the box from various woods. It demonstrates a high level of skill and, because of its many compartments, was possibly used as a sewing box.

After completing his apprenticeship in 1876, John went on to become Head Carpenter for Harvey & Co. He is pictured here (back row, far left) with fellow foundry workers.