This sign from a Harvey & Co pumping engine was used in the construction of the Severn Tunnel. 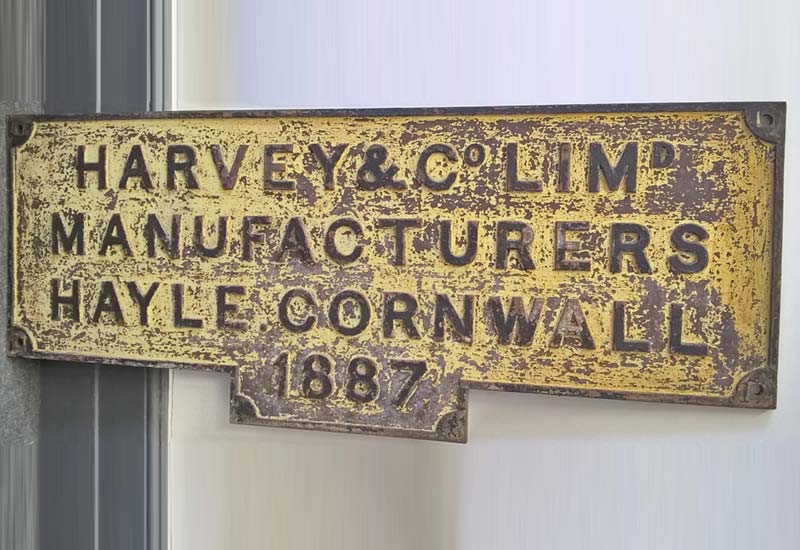 Construction of the Tunnel began in 1873 but work was often interrupted by flooding from surrounding natural springs. Fourteen Cornish Pumping Engines were then installed to pump out the flood waters to allow the work to be completed and the Tunnel to become operational, carrying the Great Western Railway line between England and Wales from 1886.