This jacket belonged to Lieutenant Colonel William Lieug Harvey DSO, from the iron founding family the Harvey’s of Hayle. 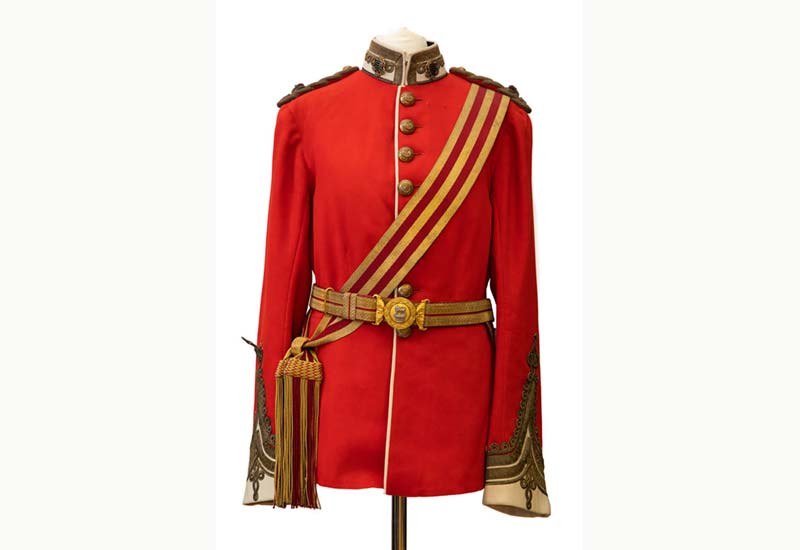 Born in 1858, William became Lieutenant in the Duke of Cornwall Light Infantry (DCLI) at the age of just 23. Soon after, he served in the Egyptian Expedition and was present at the Battle of Tell El Kebir. By 1884, he had been promoted to Captain, serving in both the Sudan (1884 –1885) and the Nile Expedition. Ten years later, William became Major and served the South African war (1899 – 1902).

His accomplishments were honoured in 1902 when he was awarded the Queens Medal for bravery and named a Companion of Distinguished Service Order (DSO).

William spent his retirement in Penzance, where he lived with his wife Florence and their two children. He died in 1937, aged 79, and is buried at St Erth.