You are here: Home / Collection Highlights / The Tilly Mitchell Collection

Tilly Mitchell was born in 1921 at Carnsew Cottages, Hayle. As a child she would swim in Cock Pool at Weir Beach and at Carnsew Dock, amidst huge boats coming into Hayle harbour to unload. At just seven years old she took part in Hayle Regatta, a major event in the town’s social calendar; swimmers from across the country travelled to Hayle to compete. 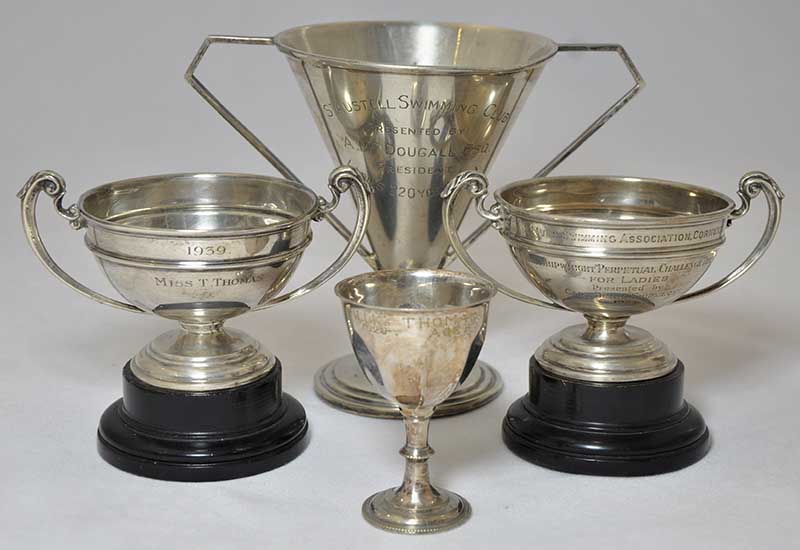 Tilly was spurred on by local people shouting their support but her accomplishments stretched far beyond the town; she took part in swimming competitions in Newlyn, Penzance, St Austell and Padstow and went on to win the Championship of Cornwall three, possibly four, times.

During the war Tilly relocated to Gloucester and worked making aeroplane parts. She later moved to Eastbourne with her husband before returning to Hayle where she lived until her death in 2015. She was 94 years old.

We are closed for the winter until Spring 2020.

We are able to offer group tours, even out of season, so please get in touch if you would like to book a visit.