You are here: Home / Collection Highlights / The Cornish Gauge

J&F Pool, founded by brothers James and Frederick in 1862, were a long-standing engineering firm. In their early days they were known for producing decorative copperware, which rivalled Newlyn Copper. 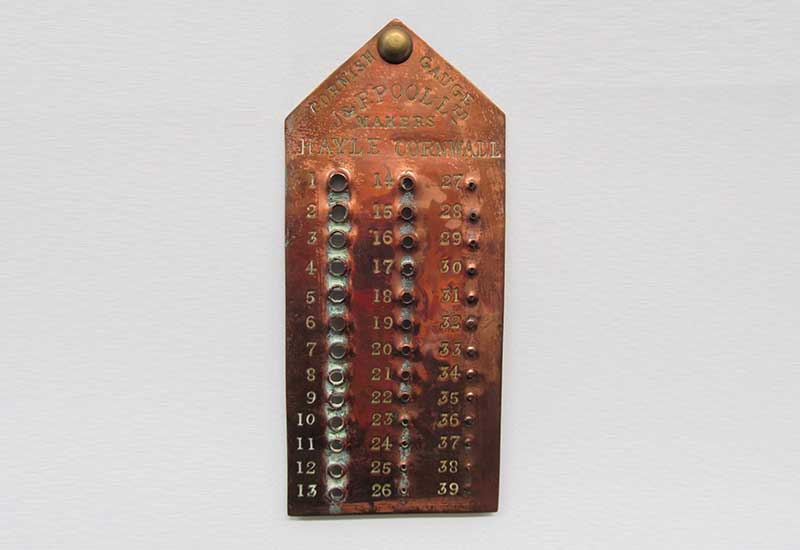 As well as operating as a munitions factory throughout both world wars, the company specialised in perforated metal. James Pool invented the ‘Cornish Gauge’ to define the perforating sizes in the production of mining screens that were used worldwide. Their perforated sheets became available in a wide choice of materials including mild steel, tinplate, stainless steel, copper, plastic, titanium and even paper.